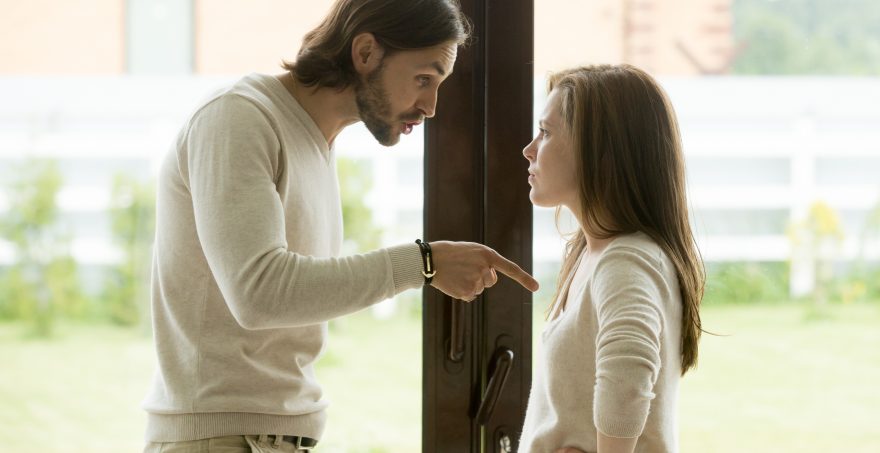 Sexual abuse in marriage is, without a doubt, one of the greatest horrors we should all fight against. Let’s see how we can learn to notice it and fight to end it once and for all.

What Is Sexual Abuse? How Often Does It Happen?

We know this will sound weird to you, especially if you don’t know much about the topic. However, abuse in marriage is actually more common than among single ladies. Of course, sex is the basis of a healthy marriage. Sex is also good for your health. But, there must be a certain line between what is right and what is wrong.

The statistics say that 1 in 10 women had these issues in the past (we are talking about rape by an intimate partner now). In the United States, twenty people experience physical abuse by their intimate partner per minute. Men are not deprived of relationship abuse, even by women either.

Threats, stalking, injuries, death — these are all the horrible things people from the world experience, and we’re almost doing nothing about that. It is time to rise, people, because the problem is real. Don’t keep quiet about this and report it to the authorities. Even when you are not a victim, know that talking about this issue is not interfering in someone else’s life — it is your responsibility.

If your man pressures you into having sex with him, even when the time isn’t suitable for both of you, you need to speak up for yourself. Try having a conversation. In the end, you have chosen him as your life companion, so have a little faith.

If he is not able to follow, well, you have your first red flag. From simple acts of domestic violence, he could quickly grow into a rapist. And while many would say that unwanted sex in marriage doesn’t count as a crime, that’s absolutely not true.

No, your body does not want him to use it as and when he wants and can. You are the sole legal owner of your body. Therefore, what you nurture, no one should be able to ruin.

It is obvious to both of you that if you are planning a family with a partner you have chosen forever, sex is not strange. Babies come from sex. However, that doesn’t mean you have to work on intimately starting a family on a daily basis.

Or worse, when he is in the mood. Some men choose threats when they want to do it with their ladies. So, what’s the line between legal and illegal?

Many cases remain unreported and unresolved because the law does not want to get involved in marital affairs. This is because they are aware of how difficult it is to prove that a woman is not lying, even when there is a lot of evidence.

Domestic abuse includes not only rape but also verbal threats of any kind, as well as emotional abuse. Using sex as leverage among married couples is also present. Rewards and punishments as a way to control your wife are a broad spectrum. Don’t let yourself feel used and under pressure to be expected to do all this.

Unconsented acts are punishable by law. Among some couples, forced prostitution also occurs. If you both don’t agree on the same thing, that thing has to disappear right away.

This type of sexual abuse most often occurs among couples whose partner is younger and financially dependent on them. Many cases of forced prostitution also occur among couples who are not married. Whoever forces you to sell yourself for money does not care about you. That is a problem that you need to address as soon as possible.

You are not alone in all this, and none of this is a shame. The severity of the problem is on the highest ladder. The next time you walk past the fight against relationship abuse (or similar) action, stop to see how you can participate.

Apathetic disregard of everything you feel at the moment and forcing you to still have sex with him is also a kind of relationship abuse. If this happens to you, first determine the problem. Try counseling for couples and try walking in each other’s shoes.

What if you don’t feel like making love just then and at that time because you had a stressful job, and he tells you: “Come on, we always have sex after work”? Well, you have the right not to be in the mood. Imagine he was sick, and you forced him to satisfy you!

Post-traumatic behavior often shows in victims, so they tend to socially disconnect and surrender to the situation. You will ignore your feelings and get a possible personality disorder. If you notice that your husband or boyfriend neglects your feelings, seek the help of an expert to get yourself out of it.

The first signs of a failing marriage and a toxic relationship are criticizing each other, non-stop arguing about the same thing, lack of sex, or if he uses pushy ways to make you do it. Unfortunately, many women will ignore these feelings.

You might experience some harsh feelings such as emptiness, loneliness, denial, and many others. The signals on a woman’s body are different from the signals of men struggling with discomfort. They will often retreat into their world and cry. Ignoring discomfort is a big no.

If he really cares about you, he should not ignore tears as one of the indicators of the problem. He should be gentle with you and talk. Also, he should stop the action before it gets worse.

In case there’s no romance between the two of you, talk about ending your relationship and moving on, each one of you going their way.